Brian Williams had a front seat to many of the greatest sports moments of the past half century. At 75, after starting at CHUM Radio in Toronto, moving on to CBLT and CBC and then the last 15 or so years at CTV Sports and TSN, he decided that now was the time to retire.

I can’t blame him for wanting to settle down a bit and enjoy the grandchildren. If you listen to this podcast episode, however, you’ll hear what I heard: a true broadcaster who hasn’t lost a step in terms of enthusiasm, professionalism or memory.

His ability to pull names and dates and cities out of a career that truly spanned the globe is astounding. Just look at the raw numbers: 14 Olympic Games, almost all as host (at CBC and CTV). He started as an Olympic correspondent in Montreal in 1976, and hosted his last Games in London in 2012.

Thirty-five to 40 Grey Cup broadcasts — even he’s not sure. Born in Winnipeg, he was happy to just be a spectator at last Sunday’s CFL championship game in Hamilton where the Blue Bombers were victorious.

Then there were the Formula1 races he covered; the Queen’s Plates. The early Blue Jays broadcasts. The figure skating championships, including “The Battle of the Brians” (Orser and Boitano).

On radio, Williams went coast-to-coast with Don Cherry on their weekday “Grapeline” reports for 35 years. How come he never got into any hot water dealing with Grapes in all that time? Williams answer on that one will surprise you.

He also talks about that other Brian Williams, the NBC (and later MSNBC) news anchor. The two had their own Battle of the Brians in Vancouver in 2010, where the American complained that the Canadian had the better set. To keep the act going, US Williams also retired this month — but not before paying an on-air tribute to his namesake from north of the border.

The Canadian Williams also talks about how that whole, “It’s 8 am in Helsinki, 3 in the afternoon in Calgary and 5:30 in Newfoundland” time setting shtick started. It was, of course, grounded in his desire to place everything in context for viewers — something Williams has excelled at for a wonderful 50 year run.

To listen to the podcast, simply click on the blue and white arrow above. 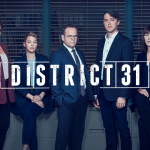 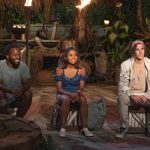 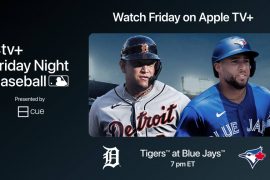