BEVERLY HILLS, CA–Critics were invited to “come on down” to the set of The Price is Right Tuesday. The daytime game show, which celebrates its 40th season this September, is housed deep inside CBS Television City Studios. The iconic, post-modern broadcast bunker stands next to the original Farmer’s Market in Los Angeles.

Television City looks very crispy and modern and black and white but its actually been around for 60 years. Studio 33, where The Price is Right shoots, was re-named the Bob Barker Studio in 1998. Critics were given those goofy yellow name tags and marched past a long line of folks waiting to get into the afternoon taping. Most were wearing colourful T-shirts with Drew Carey’s name on them. Once inside, we got to fill the seats out front, right behind where contestants line up to guess their way onto the showcases.
Current host Drew Carey was on hand along with several other CBS daytime stars,  including Carey’s old  Whose Line pal Wayne Brady, now hosting Let’s Make a Deal, CBS soap stars Peter Bergman and Heather Tom and Sharon Osbourne and Julie Chen from The Talk.
Osbourne had tweeted earlier in the week something about ditching her gig as a judge on America’s Got Talent next season but refused to address it Tuesday. Even she acknowledged it was out of character for her to clam up. That show tapes in New York, so the commute can’t be fun.

Bergman has been on The Hung and the Breastless for 23 years. Yes, the soap biz is a crank-’em-out world these days, he acknowledged, but Bergman says that plays to his strengths. He memorizes scripts as soon as he gets them and gives his best stuff on the first take. he also feels CBS has re-committed to the genre now that a few cheaper talk shows have been tested on other networks and flopped. It’s not as easy as it looks to build an audience, he maintains.
Carey spoke about being on the same CBS soundstage where so many had gone before. Not just Bob Barker but, going way back, Jack Benny, who taped his long-running CBS series on Studio 33. The Smothers Brothers worked the room in the late ’60s, followed by The Carol Burnett Show and Sonny & Cher.
One of the soap stars now uses Cher’s old dressing room. The place is probably still knee-deep in feathers and spandex.

I had been in the studio before and knew a bit about its history. Got talking to the camera director who took me backstage to see the old Burnett Show curtain, still hanging, with those iconic CBS Eye logos in purple and mauve. Want those curtains for my house.
The Price set looks like it hasn’t been upgraded since 1974 but Carey says it gets tweaked every year. Plinko and Hole-in-One are still favourite games but every year something new gets introduced, he says. His Plinko tip: drop the disc dead centre every time. As for guessing the suggested retail price of a car, NEVER assume it ends in “95.”
Carey says his biggest gaffe was the day the studio audience was filled with moms-to-be. At the end of the show, he told the many pregnant women out front that he hoped they had safe deliveries–then he reminded them all to spade and neuter their pets! “I promised Bob Barker I would say that at the end of every show,” he explained.
Carey has a pretty sweet schedule. Price tapes two shows a day, three days a week, then takes two weeks off. In a year, 190 shows are taped.
Critics were invited on stage to spin the big wheel. It is heavier than it looks. My spin stopped at 40 cents.

Starting in September, CBS will bring past winners back as they celebrate 40 years of The Price is Right.

CW prez not checking out of The L.A. Complex 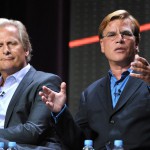 Aaron Sorkin stares down critics of The Newsroom 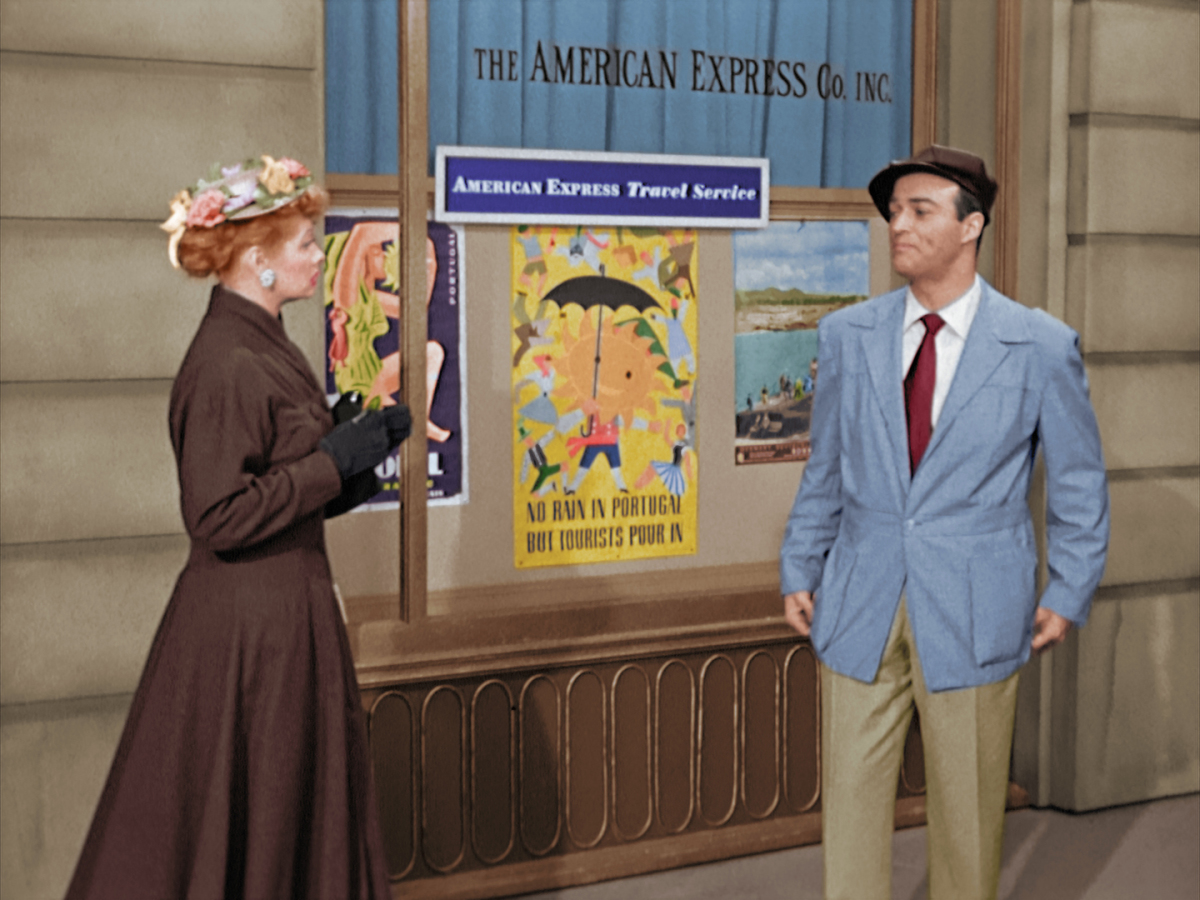 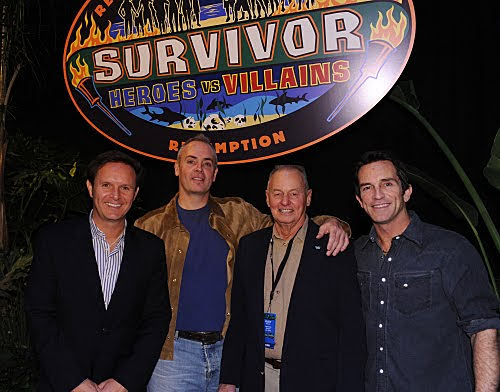