CANNES — This town loves it when a former star makes a comeback.

Take the latest example — Pingu. The mischievous little penguin, famous for squawking and hooting in his inimitable “Pinguinese,” was a British-Swiss stop-motion sensation that has entertained children and parents since 1986.

A world wide hit because a) it never needed to be dubbed or captioned and b) it was funny, Pingu was a staple of both TVO’s and CBC’s children’s programming schedule since the mid-’90s.

Well, turns out the adorable little fella hasn’t aged one Antarctic day. The Japanese production house NHK re-introduced Pingu to a packed crowd at Sunday’s morning session at MIP Junior. Twenty-six new seven minute episodes have been produced under the title Pingu in the City,

The bird and his family made an easy transition to 3-D computer animation in the soccer-themed episode screened at Cannes. The series premiered Oct. 7 in Japan, sparking 60,000 retweets in its first hour according to officials on hand.

Will there be brand extensions? Hoot hoot says Mattel. A line of Pingu emojies were flashed on a screen at Sunday’s presentation, along with dolls, books and video game goodies. 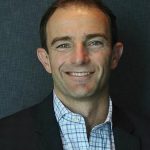