There was a joke once on The Larry Sanders Show that went like this:

Paula (Janeane Garafalo) tried to bluff Larry (Garry Shandling) that she’s leaving to take a producers job at Conan (a fledgling series at the time of the early ’90s episode). Sanders asks how long she thinks that will last; Paula swallows hard and tells him she’ll be in early Monday.

That was 27 years ago; safe to say O’Brien, through his various TV incarnations, has had the last laugh.

The Massachusetts native outlasted his critics and eventually established his own successful brand in late night, so successful that when NBC finally gave him the prize he always wanted–The Tonight Show–it was a mistake. It was too late to box O’Brien into that old brand. He’d already helped define the new.

Which is precisely what he’s still doing. First on TBS, where he’s already spent a decade in late night, ditching his band and adapting a half-hour format in 2019. Then there’s his fantastic podcast, Conan O’Brien Needs a Friend. It’s much more of a personal endeavour, an audible adventure inside O’Brien’s ever-expanding noggin’, bringing endless surprises out of a wide range of guests.

Over the past few years, he’s built a sly little Team Coco podcast empire on the side, which is why his announcement Monday that he will do just one more year of his TBS late night series isn’t so much an ending and part of an evolution. The man still has a lot of comedy left in him to give.

He said as much recently in a rare turn as a podcast guest. O’Brien was on with Will Arnett, Jason Bateman and Sean Hayes on “Smartless” and told them he was still keen to ramp up the comedy.

I’ve had the pleasure of speaking with O’Brien many times over the years, especially in the run up to his four extraordinary Toronto shows he taped in 2004. He’s smart and very reflective and one of my all-time favourite interviews.

He was dismissed early and often in those first tough seasons when he was the surprise choice to replace David Letterman as host of NBC’s Late Night, where he was literally renewed 13 weeks at a time.

The notion that O’Brien’s act is too silly to be taken seriously, however, is nonsense. During the COVID disruption, the 57-year-old has let his hair down more than anyone in late night, literally and figuratively. He and his Harvard-educated writers can craft a clever joke with anybody (especially on Twitter), but they also can reach audiences on a gut or slapstick level. That’s a comedy tradition that dates back to Chaplin but also to a Canadian comedy series O’Brien has always been quick to praise: SCTV.

His plan is to conclude his current TBS series in June of 2021 and then launch a weekly variety series for streamer HBO Max. His travel specials, “Conan Without Borders” — will continue on TBS.

I spoke about O’Brien’s annoucement Tuesday with CHML News Radio host Bill Kelly; you can listen to that conversation here. 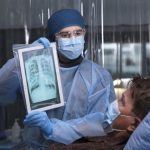 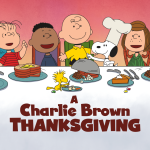 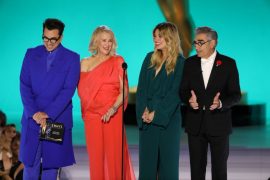 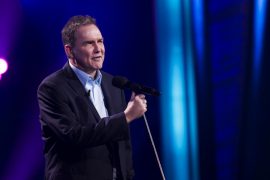 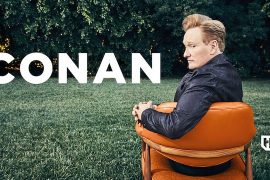