Anybody else surprised to learn that American Ninja Warrior has been on NBC for 14 seasons? That’s a lot of warriors, although goodness knows there is a lot of pent-up warrior-ing going on in North America and the rest of the world these days.

The stunt show, simulcast on CTV, climbed to No. 8 in the Canadian national broadcast network rankings the week of June 27 to July 3 Otherwise the Top-10 was filled with the usual summer suspects according to Numeris estimates (Live+7 totals, ages 2+):

There was a total of ten newscasts in the English Canadian Top-30 at the end of Jun/beginning of July. Other shows of note: the Formula One auto race from Montreal drew 581,000 TSN viewers for an 12th place finish. Jeopardy! placed 11th and 13th for the week. Star Trek: Strange New Worlds on CTV Sci-Fi beamed up to 17th spot. Alone was alone in 21st on History+. In 23rd, an average of three weekend CFL games drew 472,000 TSN viewers.

NEXT WEEK‘s totals: will The Amazing Race Canada bounce back into first after a two summer pandemic pause? 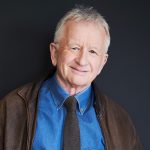 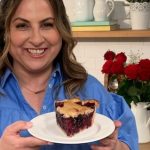