“What we do with television in the next few decades, and what television does with us, will be one of the four or five chief factors in the shaping of the Canadian mind and soul.”

A quote from the Toronto Star’s current “Network” blog? A pronouncement from the head of the CRTC or a member of Parliament? Something I wrote last week, or Rob Salem or John Doyle?
No. The above is pulled from an editorial in Maclean’s magazine–dated April 15, 1952. (Thanks to sharp-eyed former CBC Museum Assistant Curator Don Adams for bringing it to my attention.)
Broadcasting in Canada hadn’t even started yet–Canada’s first television stations, CBFT in Montreal and CBLT in Toronto launched that September. A Big 17″ RCA Victor was going for $329.50 that month–advertised as “Canada’s greatest TV value.” Ads for Du Mont and Westinghouse were also running in Toronto newspapers.
Yet 60 years ago, Maclean’s (Ralph Allen was editor at the time), weighed in on the upstart medium of television and wondered if a public broadcaster like CBC could possibly deliver on its promise to be the eyes and ears of Canada.
“It is with the utmost dismay…that this magazine predicts Canadian television is going to be a serious disappointment.” The reason for Maclean’s dire prediction (besides the fact that they saw television as upstart competition)? “The building plans for Canadian television are an architectural absurdity; it’s owners, the Canadian people, have instructed the CBC, in effect, to build a Taj Mahal and supplied them with blueprints for a sawmill.”
The writer of the editorial goes over the lofty reasons CBC’s public radio service was created: “…it filled a gap in our national life which would not have been filled by private radio.” Simply stated, “No CBC program makes sense if it uses the taxpayer’s money to bring him something which is already made available to him, free, by private radio.”
CBC television, suggests the editorial, must only offer “taxpayers” the type of programming they wouldn’t get from private stations.
For example? The editorial suggested that when CBC is giving viewers “symphonies and debates between Religion and Science it is discharging its proper function.” Maclean’s didn’t see much hope for that:

It is all too apparent that Canadian television is destined to be confused and hamstrung by the same basic inconsistency which has prevented Canadian radio from realizing its full potential. Like radio, television has been nationalized on the premise that we didn’t want the profit motive to determine its programming policies. It should, in our opinion, accept profitable programs if in addition to being profitable they fill a gap that would not otherwise be filled. But, like radio, Canadian television is already committed to the necessity of scheduling many programs for no stronger reason than that they will show a profit. On those terms, the most we can hope is that Canadian TV at its best will be as good as Canadian radio at its best and that at its worst it will be as sleazy, redundant and superfluous as another invitation to keep your breath kissing-sweet.

Funny how Maclean’s didn’t foresee a flood of American programming being TV’s greatest threat to Canadian society in 1952. They seemed to object more to advertising (or the idea that they might start losing ad revenue to this exploding new medium). The notion that CBC shows might show a profit seemed somehow vulgar and objectionable, especially if it did so by airing “soaps” or other common shows partially paid for through ad revenue. By doing these things, “CBC is actually spreading the programming practices it was created to counteract.”

So, right from the beginning, CBC was being told to make television, just don’t make stuff we can see now elsewhere. It would be like arguing that if the Canadian government subsidized the automotive industry, the cars produced here could only drive on certain streets–say, really cultured neighbourhoods. People are always going to take cars, or television, exactly where they want to go.
Some Americans, too, seemed to see television as a way “up” in the early ’50s. “Television is the educator and the communicator, the informer, the thing that can inspire and enrich man as he makes his greatest transition from what he is today into the first genuine adult human being.”
This from Sylvester “Pat” Weaver, the early NBC visionary who helped create two of the most enduring programs on television, The Today Show and The Tonight Show.
Today began in 1952–same year as CBC. Weaver (Sigourney’s dad) hired genial host Dave Garroway and the show basically offered the same blend of news headlines and lifestyle features we see today.
Not long after it started, however, Garroway was paired with a monkey. Ratings shot up.
And that, folks, is television. Aim high, sell low.

For every quote about television being “a vehicle for education and information, a force to arouse and unify developing nations” (Robert E. Kwinter), there was one panning the medium as “so much chewing gum for the eyes” (John Mason Brown). Bing Crosby famously dismissed it in the ’50s as “pretty good, considering it’s for nothing.”
Were Canadians buying those Du Monts and RCAs in late ’52 so they could see opera, ballet and religious debates? Not really, unless they were curious about Bishop Sheen. They wanted to see what the fuss was all about Milton Berle, wrestling and roller derby. They were dying to see I Love Lucy, Ed Sullivan and Your Show of Shows.
Did they also embrace Hockey Night in Canada? Right from the start. But TV has always been about what’s happening now, in sports, in comedy, in drama, in news.
The idea that CBC should stick to symphonies and debates is ridiculous. As usual, Groucho Marx said it best: “I find television very educational. Every time someone switches it on I go in another room and read a book.”

This week’s podcast: the Gemini-Genie meld 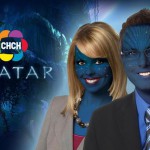