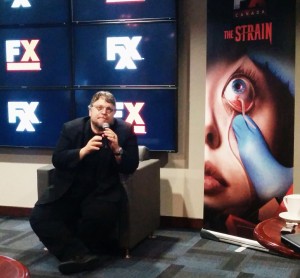 Guillermo del Toro loves Toronto. The Mexico-born director has shot five projects in the city and raves about the crews every chance he gets. He’s putting hundreds to work on the new horror-thriller The Strain, which premieres Sunday night on FX and FX Canada. I caught up with him in June when he was the star attraction at Rogers’ press upfront.

Your vampires give me the creeps.

It’s great. I love creature effects because that was my technical background when I was growing up and I love those guys. They set up a great shop.

That’s nice to hear. It’s certainly appreciated, all this business in Canada, in Toronto.

But also, the fact that I feel the crews are so fantastic, like when they nurture a Canadian production, like with Cronenberg or with Sarah Polley or – you know, you name it. And what I think is beautiful is that, when we work together in anything I produce, I feel the crew happy and blooming.

What was the first Cronenberg film you saw?

The first one I saw was They Came from Within or The Parasite Murders [also known as Shivers]. I saw it when I was a kid and I literally thought, hmmm, maybe sex is not a good idea. But, later I…

You got past that.

…later I, overcame that prejudice.

I’ve spoken to some of your cast members and they all seem very passionate about The Strain. What do you do to get them up to speed on a project?

I always on the set, try for them to connect to the larger picture. In extreme examples, sometimes I write biographies for the characters before the series has started. With The Strain, we were so compressed with time that we talked about the biographies. Corey came over, he said,  “I want a car that has the wheel on the right side, because it would be a car that I bought in Africa when I was doing an epidemic containment.” And I paid with my Rolex,  and all that made the way into the series.

I did hear from them that it was a very collaborative process.

I was an actor myself in theatre when I was a young man. Mostly comedy. I did get one leading man. I didn’t pull it off quite well, (laughs). I find it really strange but, there’s a lot of directors in film sometimes that you find have a hard time communicating with actors. Myself, I really really enjoy it. 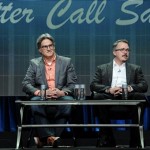 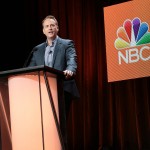 NBC is back, baby, as TCA hits network stride