BEVERLY HILLS, Calif.—Bill Carter started something on this press tour I can’t get out of my head. It’ all has to do with this cool book idea which involves gathering names of celebrities that can also be interpreted as sentences. Think Hugh Downs, or W.C. Fields, or Jeremy Irons.

Or Ken Burns. PBS’s documentarian-in-residence and frequent TCA visitor was at this summer’s press tour to promote The Roosevelts: An Intimate History. The seven-part, 14-hour miniseries will air in the fall on PBS. It chronicles the lives of Theodore, Franklin and Eleanor Roosevelt, a first family of American politics who–in terms of lasting, nation-building impact–are to the Kennedys what The Beatles are to The Monkees.

Burns was joined on stage by long-time collaborator Geoffrey Ward, the writer on this project and an on-screen voice. Like FDR, Ward suffered from polio. Burns and Ward both made the point that neither Theodore or FDR could get elected today. Teddy was too eccentric, FDR too handicapped. The press kept secrets back then, allowing both men to become very popular presidents.

Burns said the only footage of FDR being unable to walk or getting in and out of wheelchairs was found “in the margins,” in the seconds right before the newsreel  cameras were turned off. There was a tacit agreement to simply not show him as an infirm leader. Footage showing Roosevelt during his final campaign is shocking, says Burns. FDR was basically dying in 1944, and his sickly appearance, even waving from a car in a baseball stadium, was grim.

He was fortunate to lead during what was essentially a radio age. Ward said after the session that he felt it was no accident Bing Crosby and FDR enjoyed such popularity because both understood the intimate connection between speaker and listener over the radio. Roosevelt boomed into megaphones in his New York governor campaign, but by the time he was president his fireside chats calmly reassured Americans throughout the Depression.

PBS has a “My Ken Burns America” sub-site where fans and history buffs can access much of the vast data base Burns has amassed over his 30-plus year career. It’s not quite “Simpsons World,” he says–or even “Mr. Burns World” as I suggested–but Canadians can access it. Check it out here.

Burns is busier than ever with seven projects in development, including an exhaustive look at the Vietnam War. His press conferences always elevate the conversations at press tour, with the Roosevelt discussion in particular feeling like a fog lifting after two weeks of press tour sugar binging. 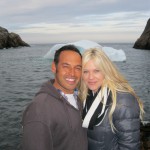 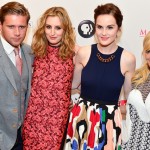