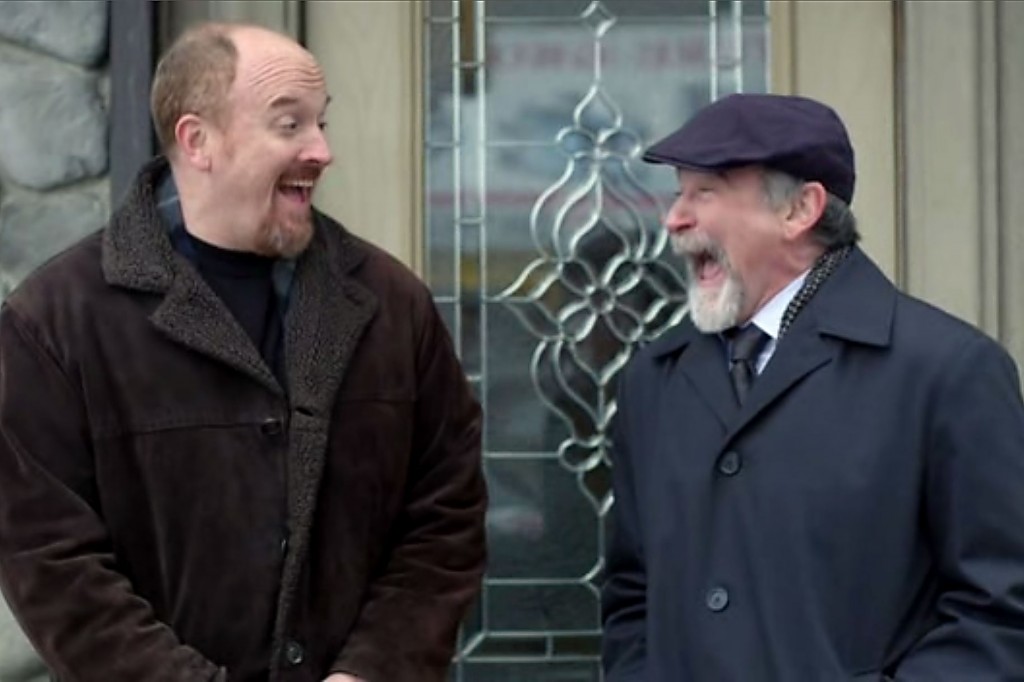 It’s the end of a brilliant episode of Louie–an early gem which in many ways foreshadowed the most recent season.

Louie CK and Robin Williams are leaving a strip club. They were drawn there after the death of Barney, a comedy club owner who used to be a regular. Seems he was always ripping off the comics, but had tried for years to get one of them to join him afterwards at this strip club.

Louie and Robin had met just a hour before at the grave site of this club owner. No other friends or relatives attended this man’s last moments above ground. It was a sobering visitation (shot in stark black and white), and Williams and Louie bond over it afterwards at a neighbourhood diner. The odd strip club connection comes up, and the two decide, just for a lark, to head on over.

Strippers approach them asking if they want a private dance. Both beg off, and it comes out that they’re just there because a friend of the place has passed away.

When the girls find out it is Barney, they are inconsolable.

So is the bouncer, and the bartender, and the other customers. The DJ pays tribute with a mournful song.

Cut to Williams and CK exiting the club. They stand on the snowy stoop, look at each other for a beat, and burst out laughing. What a world.

“Hey, do me a favour…” begins Williams. CK knows where this is going. “Oh–whoever dies first?” “I’ll go to yours…” nods Williams. They shake on it and go their separate ways.

The song played in the club: the power ballad “Sister Christian” by Night Ranger. Among the lyrics: 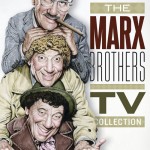 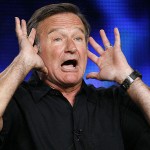