Episodes is one of those lost-in-the-clutter shows that seems tailor-made for TV critics. It takes all the excesses of network television and pampered celebrity indulgence and rolls it all up into a big, venal ball. The satire hits some pretty broad targets, but it hits them smack in the bulls-eye.

I thought this series might have been done at the end of last season what with Matt LeBlanc’s character — himself — seemingly reduced to taking a job as a game show host. Then this summer comes along, and Alec Baldwin, Michael Strayhan, Mike Myers (as The Gong Show‘s Tommy Maitland) and Anthony Anderson all cashing big cheques as network game show hosts. Suddenly, LeBlanc’s humbling demotion looks like a smart Hollywood move.

As the fifth season starts, we learn LeBlanc’s game show is now a runaway hit. Sean and Beverly, however (Stephen Mangan and Tasmin Greig) have to suffer through the dumbing down of another one of their TV creations.

Creators David Crane and Jeffrey Klarik have seen it all, steering hits such as Friends and Mad About You through a sea of network notes. Episodes is their revenge, and payback for their critics, too. A season or two ago, they had the brass balls to lampoon the semi-annual Television Critics Association press tour, putting a casting call out for as many tubby extras as they could pull away from craft services tables to play, well, guys like me. Again, bulls-eye.

Crane was also part of the team behind one of the sweetest — and randiest — shows about how television can warp a viewer’s entire life: Dream On. He gets a full get out of jail card for life for that early HBO gem.

The final season of Episodes premieres Sunday on Showtime and in Canada on CraveTV.

For more on Episodes, including insights from Stephen Mangan, follow this link to the feature I wrote this week for The Canadian Press. 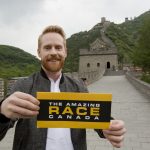 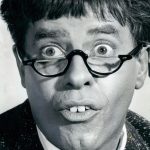