It;s true: many TV favourites did not wrap up before COVID-19 shuttered studios and shut down productions. The finales for both The Voice and American Idol are, like NHL and NBA playoff schedules, going to be updated later. Scripted shows such as Mom and Young Sheldon and S.W.A.T. and Bull may just air what they’ve got as all were halted. No Bull!

Still, the streamers and the broadcasters have enough in the can to, at the very least, keep things keen through the end of May. For example:

Upload (Amazon Prime Video). Imagine a world where people nearing death could have their minds “uploaded” and stored in a virtual afterlife. Greg Daniels (The Office) is behind this 10-episode comedy.

Billions (Showtime/Crave). Juliana Margulies joins the cast. Season premiere; several episodes were not shot when production shut down in March.

Hollywood Suite presents a day-long festival of films starring “STar Wars” legends Harrison Ford and Carrie Fisher. Films such as “Working Girl” and “When Harry Met Sally” will be featured.

The Queen at War (PBS). Did you know that Elizabeth II is the only current head of state who saw active duty in WWII? It’s all in this PBS special.

Jerry Seinfeld: 23 Hours to Kill (Netflix). Seinfeld’s latest stand up comedy special, taped at the Beacon Theatre in New York City. The comedian’s comedian arrives for the gig James Bond style. Never mind this; give us more Comedians in Cars.

Natalie Wood: What Remains Behind (HBO). Documentary about the actress who drowned at 43 in 1981.

Dead to Me (Netflix). Season premiere. Christina Applegate was a revelation in Season One of this dark comedy about a widow and her new best friend—the woman who ran down her late husband.

I Know This Much is True (HBO/Crave). Mark Ruffalo is beside himself in dual roles playing a set of not very identical twins. The actor gained 30 pounds to play the heavier twin who suffers from schizophrenia. Rosie O’Donnell and Juliette Lewis also star.

Cardinal (CTV). The fourth and final season of this edge-of-your-seat drama concludes with a man hunt in the snow.

The Happy Days of Garry Marshall (ABC). The late, great writer/producer behind such TV gems as The Odd Couple, Happy Days and Mork & Mindy as well as movies such as “Pretty Woman” is saluted.

Survivor (CBS/Global). With the studio off limits, host Jeff Probst may have to snuff the last Tiki Torch of this season out in his garage or in his powder room. The plan is to have Probst host a “virtual” reunion of all 20 of this season’s “Winners at War.” In addition, production on Season 41, which was supposed to start shooting in May in Fiji, is currently up in the air.

How to Get Away With Murder (ABC). Series finale. This is still on??

Dead Still (Citytv, Acorn TV). We see dead people in this six-episode, Irish-Canadian co-production from Shaftesbury. It’s about Victorian-era photographers who take family memorial portraits of the recently deceased. Then they send them tomb it may concern!

Snowpiercer (TNT). Orphan Black creator Graeme Manson stepped in when this project, based on a graphic novel and a 2013 movie, stalled. Set in a snowy, post-apocalyptic future, this 10-episode series is about a gigantic, prepetually moving train carrying what remains of Earth’s human population. Just the kind of laugh riot, feel good movie we need now, right? Daveed Diggs and Jennifer Connelly star with Sean Bean signed for an already ordered second season.

Patton Oswalt: I Love Everything (Netflix). Stand up comedy special.

Ultimate Tag (Fox; CTV). Game show. Yes, this is what it has come to, folks. Tag on TV, in a time when we’re supposed to be social distancing. Imagine — people actually touching each other! NFL stars JJ, TJ and Derek Watt host, with I Don’t Know on third.

Celebrity Escape Room (NBC). Spun off from NBC’s annual “Red Nose Day” fundraiser, this features Jack Black, Ben Stiller, Courteney Cox, and Lisa Kudrow all trying to bust out of an escape room.So doing what we’ve all been doing for six weeks.

Labor of Love (Fox/Citytv). Hosted by Kristin Davis (Sex and the City), the series follows career woman Kristy Katzmann who wants a partner and a baby and she’s got eight episodes to pick the right sperm doner from 15 potential suitors. You can do it men!

Burden of Truth (The CW). If you missed the third CBC season of Kristen Kreuk’s Winnipeg-based legal drama, here’s a chance to catch up.

Homecoming (Amazon Prime Video). Season premiere. Julia Roberts and most of the Season One cast of this anthology drama is gone. The new season stars Janelle Monáe, who we meet floating in a canoe with no memory of how she got there.

“The Lovebirds” (Netflix). A romantic comedy starring Kumail Nanjiani and Issa Rae as a couple who find themselves caught up in a murder mystery while in the middle of a date. Originally scheduled as a theatrical release, Paramount flipped this to Netflix once it was evident cinemas would be shuttered for months.

Barkskins (Nat Geo). This eight-part miniseries spanning 300 years is based on the 2016 novel by Annie Proulx. It tells the story of French and English settlers and the conflict between the two families in what would eventually become Quebec. Shot last summer in a small town near Quebec City. David Thewlis and Marcia Gay Harden star.

The Titan Games (Fox/Global). Dwayne Johnson returns as host as beefy athletes go head-to-head in a battle of somethingorother.

Love Life (HBO Max). This is the first scripted series for the new Warner Bros. streaming service HBO Max, which does not cross the border into Canada. Anna Kendrick and Paul Feig are among the stars of this rom-com anthology which follows characters on a quest for love and more revenues for Warner Bros.

Somebody Feed Phil (Netflix). Good natured Phil Rosenthal, the co-creator of Everybody Loves Raymond, returns for a third season and eats his way around the world without ever gaining any weight. It’s as if Tony Wong had a TV show.

Rescuing Rex (TVO). Dogs from all over the world are showcased in this Wild West of animal adoption. But just who is saving whom?

Quiz (AMC). Way back when Who Wants to Be a Millionaire first broke out in Britain, a contestant tried to cheat by having a plant cough signals from the studio audience. Michael Sheen, Matthew Macfadyn and Sian Clifford star.

Celebrity Family Feud/Match Game/Press Your Luck (May 31, ABC; Citytv). This either describes what we’re all doing now or means that all three of these updated classic game shows are set to return to prime time. 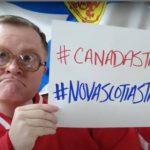 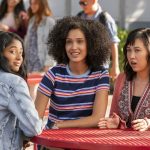 Five more Best Binge Bets to begin the month of May