With The Good Doctor sitting out the week, the firehouse drama Station 19 is the new No. 1 series in Canada. At less than two million viewers, however, it leads with the lowest total in quite a while.

As the graphic above indicated, the series also scores well with Parrot Analytics, drawing 11 times the demand of the average TV show in Canada.

According to Numeris, the shows topping the English Canadian list of most-watched programs for the week of April 5 through 11 are, for the most part, traditional American procedural dramas. At No. 2 and 3 are NCIS and Grey’s Anatomy, in their 18th and 17th seasons respectively.

Of course, the Numeris list does not include streaming VOD shows on services such as Netflix and Disney+. See how the Disney+ Marvel Comics adventure series The Falcon and the Winter Soldier is likely more in demand in Canada than any of these network series in this previous brioux.tv post.

The weekly Numeris list shows an estimated audience of total viewers, ages two and up; many, I suspect, ages 72 and up. Here are the Top 10 across English Canada:

Just missing the Top 10 at No. 11 is the new Katie Sagal Erin Brokovich drama Rebel with 1,331,000 CTV viewers. The show’s premiere Stateside was not as strong proportionally.

Only two of the three Big Brother Canada weekly episodes made the list, with Wednesday’s outing capturing 928,000 viewers for 26th spot and Thursdays drawing 869,000 for 28th.

There were zero Canadian scripted originals on the English Canadian Top 30 the week of April 5 to 11. 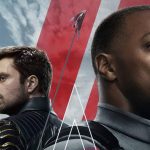 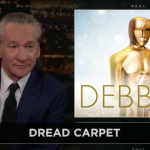 All eyes on Sunday’s Oscars. Can it stem the award show slide?