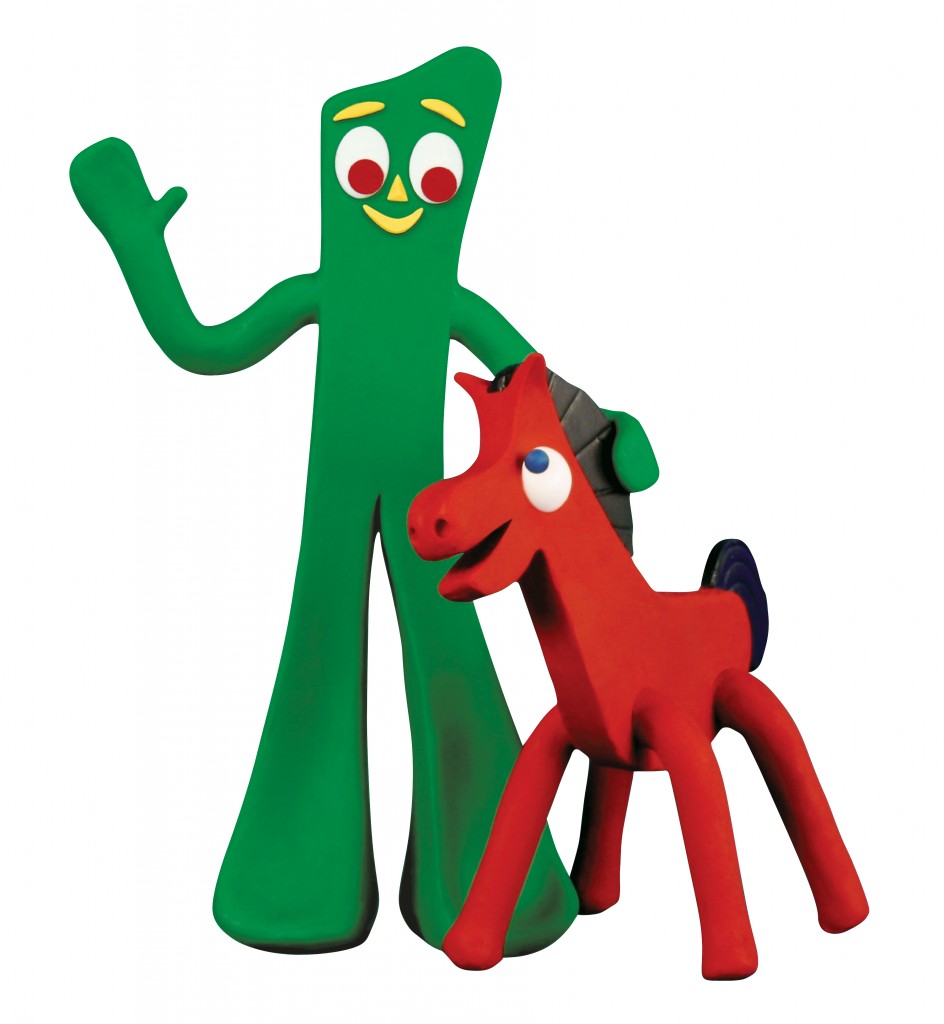 “Who was once a little green slab of clay…Gumby!”

If you recall that lyric, You probably grew up watching Gumby and Pokey and all their Plasticine pals. You probably, at one point, also owned a bendable green Gumby figure.

Gumby dates back to the Eisenhower era of the mid-’50s. Teletoon Retro celebrates his 60th anniversary Thursday, Jan. 29, starting at 6 p.m. with their Gumby 60th Birthday Marathon. Original episodes of the series, some dating back to the ’50s and ’60s, will be featured. Teletoon Retro regularly airs Gumby Sundays at 7 p.m. E.T.

Gumby was created by the late Art Clokey in 1955 and first appeared on Howdy Doody in ’56. Clokey’s son Joe, 53, explained on the phone to me last week how he would watch his dad shoot the stop-motion animated series on giant  table top set ups. (Clokey’s first effort out of USC, “Gumbasia,” was shot on a ping pong table.) A mixture of green and other coloured Plastacine would roll out onto slabs and Gumbys would be cut out cookie-cutter style. (It was Clokey’s wife, Ruth, who suggested the Gingerbread man-like design.) Since the hot lights would melt the Plasticine, several Gumbys would go before the cameras each day.

Art Clokey was indeed inspired by a photograph of his dad with a tall cowlick in coming up with the odd shape of Gumby’s head.

I remember watching Gumby as part of the Commander Tom Show out of Buffalo’s WKBW. The morning series Rocketship 7 from the same ABC affiliate would show Clokey’s other stop-motion production, the Lutheran Church-funded Davey and Goliath. Joe Clokey says if you look closely you can see the same characters in the backgrounds of both shows.

The early Gumbys stood out because they were so bizarre. Clokey took full advantage of the fact Gumby could walk into any book. The shape-shifting was dazzling and imaginative. The adventures were long, too, at 10 or 11 minutes. There was something about the quiet pacing and the jaunty muzak that grounded Gumby in the ’50s.

The series was revived in the early ’80s in part thanks to a green-suited Eddie Murphy proclaiming, “I’m Gumby, dammit!” on Saturday Night Live. SNL‘s “Mr. Bill” segments were also, in a way, a back-handed homage to the Clokey shows. Joe Clokey says you can spot the occasional “giant hand” in his dad’s productions, although they were never as menacing as the giant hand that used to do despicable things to Mr. Bill. He also says his dad got just as big a kick out of Murphy’s Gumby as everyone else did.

Gumby also found a following among folks who grew up with the cartoon in the ’50s and ’60s and rediscovered it at college while under the influence. Gumby was trippy enough on its own but might have been best enjoyed super trippy. 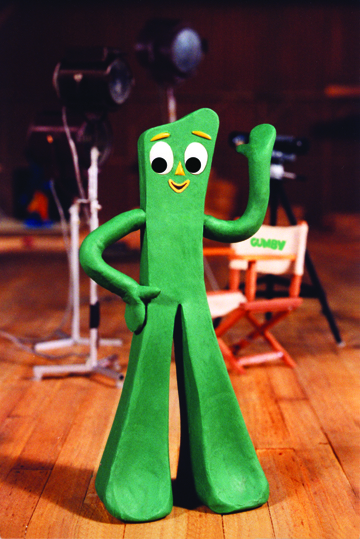 Clokey found other applications for his stop-motion skills. He produced some early colour titles for NBC, including a Plasticine NBC peacock, He also did titles for the Dinah Shore Chevy Show in the mid-’50s. A reel or two of these early gems were spooled in 2009 at Cinefest in Syracuse, N.Y., a gathering of 16mm film buffs. A collector had come in possession of a few original Kodachrome prints. Joe Clokey says those old film prints held their colour so well they provided a head start form the vibrant digital transfers of his father’s animation library. While only a small group of people would have seen Gumby in colour in the mid-’50s, it was the very first colour TV show on U.S. network television. Teletoon Retro viewers will see the new, digitally restored prints from the series.

Not everything Clokey touched turned to Gumby gold. Joe says his father weathered peaks and valleys with the series, which would occasionally fall out of fashion. Art also gave away a fortune in merchandising to the toy manufacturer who sold hundreds of thousands of those green and orange Gumby and Pokey figures. The toymaker did drop off generous gifts for the family every Christmas, however, recalls Joe.

As for that theme song, it was written in the ’60s by “Sneaky” Pete Kleinow, a steel pedal guitarist and popular session musician who later found fame with the Flying Burrito Brothers. Kleinow recorded with everyone from Joan Baez to the Bee Gees, Byrds, Fleetwood Mac, The Rolling Stones, The Eagles,Gordon Lightfoot, John Lennon and Ringo Star. Before all that, he worked as a stop-motion animator for Clokey.

Joe Clokey says several young girls in the neighbourhood were rounded up to sing and record that catchy theme song. Kleinow died in 2007, and recorded with a Who’s Who of rock ‘n’ roll, but he’ll probably be best remembered for penning these words:”…if you have a heart, Gumby is part of you.” 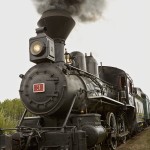 All aboard for Manitoba-based oater The Pinkertons