Brace yourselves children: Archie Bunker is back. The landmark sitcom from the ’70s returns Wednesday night on ABC with the 90-minute special, Live in Front of a Studio Audience: Norman Lear’s ‘All in the Family’ and ‘The Jeffersons.

Late night host Jimmy Kimmel — who grew up a big fan of both comedies — and 96-year-old Lear himself are co-presenting this daring remount of two of TV’s most popular and outrageous TV shows.

All in the Family was must see in our house in suburban Toronto. My dad — who grew up listening to the nightly, extremely popular radio serial Amos ‘n’ Andy in the ’30s — would wince 40 years later at every one of Archie Bunker’s racial epitaphs. He also never missed a single episode, and sometimes laughed till he cried.

Bunker — brilliantly played by Carroll O’Connor — used the worst possible word for every minority group. Rob Reiner, just a year or so removed from being a writer on The Smothers Brothers Comedy Hour, played his liberal son-in-law, “Meathead.” Lear held a mirror up to American culture at the time, and, sadly, you’ll get pretty much the same reflection if you hold that same mirror up today.

The series premiered in January of 1971 and was about to be canceled by CBS, until the summer when reruns started to climb to the top of the ratings. All in the Family became the first American TV show to top America’s most-watched list for five consecutive seasons.

Lear and Bud Yorkin took a series already popular in Britain (Til Death Us Do Part) and relocated it to Queens, N.Y. O’Conner’s Archie rang true as everybody’s bigoted uncle or co-worker — certainly not anyone living under your own roof.

I spoke with CHML’s Matt Holmes about the All in the Family/The Jeffersons live special earlier Wednesday on Global News Radio. Woody Harrelson as Archie Bunker? Why not? At 57, he’s older than O’Connor when he assumed the role. Listen in to our full radio talk here. 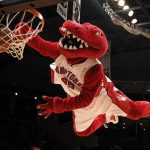 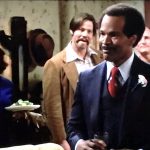