The week of May 31-June 6 finds most of the big American import hours played out for the season. Topping the ratings is sports, mainly Stanley Cup playoff hockey, and news. At the very top is a game involving the Toronto Maple Leafs, who flamed out in a blaze of blue and white on Monday, May 31. Combine those watching on CBC and those on Sportsnet and 4.8 million saw the Leafs season end. Hey, the Canadiens did advance.

Below are the Top-10 shows for the week in English Canada, ages 2+ in average minute audience, according to Numeris. Read it and weep if you’re still a part of the Rogers Sports and Media family, and think of what could have been:

Other headlines for the week in numbers: America’s Got Talent returned for the summer in 11th spot with 981,000 viewers on Citytv — not as robust as in year’s past.

Numeris has the 2021 Juno Awards down in 26th spot that Sunday with 624,000 viewers. The data service only counts the first of two Juno broadcasts CBC aired that night, ignoring the encore at 10 p.m. which brought the same-day Junos total to 800,000. CBC says factor in the audience streaming and on radio as well as on apps and given how award shows are going in 2021, they’ll take it.

There was no Canadian scripted fare in the English Canadian Top 30. The import game show Lego Masters did crack the list in 18th spot with 725,000 CTV viewers. Host Will Arnett is from Toronto. That’s just a few bricks shy of a feel-good story, Canada. 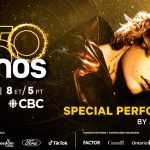 The 2021 Junos on CBC a virtual success, ratings-wise 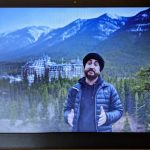 The 2021 Rockie Awards salutes a World of winners