Heading into the first week of October and the Monday-Tuesday overnight estimate ratings races are beginning to tighten.

CBC’s duo of Murdoch Mysteries (845,000) and Frankie Drake Mysteries (459) are deceptive. Murdoch swelled over the million mark and Frankie grew past the 800,000 mark once the Live+7 totals were factored in from their season premieres two weeks earlier.

Mondays on CTV, The Conners (above) is proving to be a powerful and consistent anchor. It rose slightly in its second outing at 1,013,000 in the overnights, jolted perhaps by Darlene’s two-timing antics and the re-emergence of The Big Bang Theory’s Johnny Galecki. Bob Hearts Abishola is steady in its second outing at 870,000. The courtroom drama import All Rise slid to 668,000. The Good Doctor did a healthy 1,596,000 at 10. 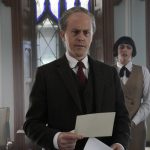 The great debate: 45 years on, is SNL still must see TV? 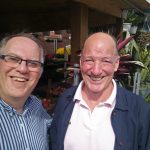