CTV enjoyed a decade of dominance in the English Canada weekly ratings race with their CBS import The Big Bang Theory — the tentpole that always stood tallest. It didn’t take a rocket scientist to assume that, without the Chuck Lorre sitcom, that dominance was in peril.

The evidence is in with the release Tuesday of the first ratings totals since The Emmy Awards officially signalled the start of the 2019-2020 ratings. Here are the headlines:

Big Bang used to routinely sit a million viewers ahead of the pack in Canada. With it gone, CTV’s The Good Doctor won the Sept. 23 – 29 English Canada Top Programs list with a total average minute audience of 2,585,000 2+ viewers — around a million less than Big Bang would have fetched. As Sheldon might have said, “Bazinga!”

The next five Top-10 programs, however, all belonged to Global. That’s a double dip because Big Bang would always have carried the sitcom that followed, Young Sheldon, to a second place finish. Instead, without Big Bang in the lead, Sheldon slid to 14th place in Canada with 1,498,000 total viewers.

Global had six of the Top-10 shows, with rookie drama Prodigal Son ranking as the highest-rated new series at No. 7 overall with 1,825,000 total viewers.

Other highlights from that same week: CTV had 16 of the Top 30, Global 13 and Citytv one. That one was Chicago Fire, No. 30 with an impressive 1,129,000 viewers. Smart pickup, Rogers. There were no CBC shows, with even Murdoch missing the cut in its second week. No NFL or pre-season NHL games cracked the list either.

The season premiere of Saturday Night Live, hosted by Woody Harrelson, drew 1,252,000 Global viewers. That tied it, at No. 24, with the only Canadian show among the Top 30 shows watched in English Canada that week: The CTV Evening News with 1,252,000 viewers. 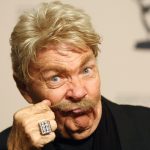 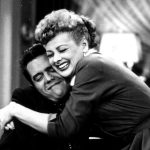