I had almost forgotten one of the most delightful aspects of Never Have I Ever — the fact that it is narrated by John McEnroe — until I started watching the second season’s first episode. All ten new episodes are up now on Netflix. Let the binging begin.

The former tennis ace is such an unexpected, outside the box choice as a narrator. The true voice of the series, however, is all Mindy Kalling. The former Office and Mindy Project writer/creator/actress based this comedic look at an Indian girl’s attempts to fit into a Sherman Oakes, Calif., high school scene on her own immigrant story.

Devi is played by Mississauga, Ont.’s Maitreyi Ramkrishnan, and she remains winningly adorkable in Season Two. The series returns with Devi completing the Never Have I Ever sentence with the opening episode title, “…been a playa.” She’s now being pursued by two potential boyfriends, hunky school athlete Paxton (Darren Barnet) and brainy rich kid Ben (Jaren Leison).

As narrator McEnroe says, it is enough to remind folks of 1979, when he won both the US Open Singles and Doubles titles.

The series spins Devi’s nerdy and homonal urges into comedy gold. One scene she’s waking up and taking out her retainer, the next she’s kissing one boy, then the other.

“I don’t usually condone cheating,” says Mac, “but this nerd’s playing doubles like a pro.”

Somewhat egged on by her girl posse of Eleanor (Ramona Young) and Fabiola (Lee Rodriguez), Devi attempts to juggle her men. Things, however, quickly get complicated.

One lingering complication is the sudden death of Devi’s father from Season One. This triggers changes in Devi’s family situation. Her over-protective mother, Nalini (Poorna Jagannathan), announces that she’s packing up her medical practice and taking the family back to India.

Devi’s therapist, Dr. Ryan (all this and Niecy Nash? Damn, this series has everything), challenges Devi’s two-boyfriend concept. As titilating as Devi’s love life is getting, her shrink might also ask why this family isn’t grieving more.

Things come to a head in episode two when friends throw Devi a going away party where both Paxton and Ben are invited. Something happens there that changes things again, so much in fact that a guest narrator is brought in for episode three (model Gigi Hadid).

As with Season One, Never Have I Ever energizes the old coming-of-age tropes with a great deal of diversity. It’s all built on this whole kooky clash of Indian and Californian culture. Kaling gives it edge with smart dialogue and plenty of quirky references. There’s a whole LGBTQ+ storyline with Fabiola and Eve (Christina Kartchner). There’s Paxton’s little sister, Rebecca, winningly played by Lily D. Moore, who was born with Down syndrome. This teenager could headline her own sitcom.

Season Two was shot over the winter months on Los Angeles. It really is incredible how all of these scripted shows were made under such trying conditions during the many months of the pandemic.

Never Have I Ever isn’t perfect. The high school kids, as they are and always have been on TV, are played by actors generally ten years or more older than their characters. If that was a crime, most cast members from 90210 or Glee would still be in prison.

The show is, however, as sweet, funny, and as irresistable as its star, Ramkrishnan. This 20-year-old is impressively sure-footed as a comedy actress and sitcom lead. As McEnroe would say, she handles every scene with the same high levels of charm and skill he showed at the 1979 US Open. 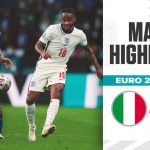 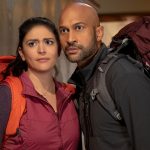