The week of October 11-17 looks pretty much exactly like the week right before in English Canada according to Numeris’ latest tally of TV viewing habits.

At the top for the second week in a row was Global’s simulcast of the import drama 9-1-1. The Ryan Murphy-produced Fox series, now in its fifth season, looks at first responders working in Los Angeles. Peter Krause and Angela Bassett star along with Jennifer Love Hewitt and Oliver Stark. It was a Top-10 hit last season in the United States as well.

Global and CTV split the Top-10 in total viewers with five shows each. Among reality shows, Survivor continues to hold steady on Global with just over 1.7 million total viewers, besting CTV’s import in the same hour The Masked Singer in 15th place with 1,258,000 total viewers. Survivor was the No. 1 show in Toronto-Hamilton for the week with 434,000 Global Ontario viewers.

According to Numeris, here’s how the English Canada Top-10 stacked based on confirmed program schedules and final audience data including 7-day playback, Demographic: All Persons 2+:

Tops in sports for the week: Sportsnet National with a Wednesday night Toronto Maple Leafs game drawing 1,272,000 for a 14th place finish. The same game on the same network ranked No. 2 overall in Toronto-Hamilton with 411,000 viewers.

Next sports entry was in at No. 23: the Saturday Hockey Night in Canada coverage of the early game on Sportsnet National. Thre was no football, NFL or CFL, in the Top-30 nationally or on the Toronto-Hamilton chart. Major League baseball playoffs also failed to make the Top-30 cut.

Global’s simulcast of Saturday Night Live drew 1,035,000 for a 25th place finish in total viewers. It ranked 10th among all shows in Toronto-Hamilton.

Two of the three Dick Wolf-produced Chicago hours put Citytv on the Top-30 nationally, with Chicago Fire highest at No. 18 and 1,162,000 viewers.

There were no Canadian original scripted series on the Top 30 nationally or in Toronto-Hamilton. CBC had one entry overall in Toronto-Hamilton, but it was for the Rogers feed of the Saturday Hockey Night in Canada prime east game. Missing the cut nationally, it was way up at No. 5 on the regional Ontario chart. 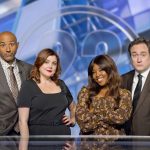 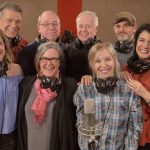