This week both Rudolph and The Beatles return to television. More on the Fab Four’s “Get Back” docuseries premiering Thursday later this week. Tonight, Monday, at 8 p.m., CBS gets the jump on Christmas by trotting out their Red-nosed Reindeer special tonight at 8 p.m. — before US Thanksgiving!

Since Rudolph last aired, two of the Toronto-based players who did the memorable voice work on the special have passed away: Alfie Scopp died in July having reached the great age of 101. He voiced various elves as well as Charlie-in-the-Box. Paul Soles, who died last May at 90, spoke for tooth-yanking hero elf Hermey.

Among the new TV shows premiering that fall of ’64 were Bewitched, The Addams Family and Gilligan’s Island. The Beverly Hillbillies was the most-watched series in North America. It was a good time to be seven.

I spoke with Soles about the Rankin-Bass special in 2014 on the 50th anniversary.

“What did Rudolph do?” Soles asked me at that time. “He saved capitalism! Kids got their presents. Can you imagine? The very idea that we won’t get our loot, our gifts, and there’ll be no Black Fridays—O my God!”

Soles has a long career in Canadian television on shows such as Take 30, Flashback and other CBC radio and TV productions. He says he grew up with CBC Radio drama, which he called Canada’s theatre. Soles went on to play the law breaker on CBC TV’s This is the Law and continues to act, appearing in everything from Less Than Kind to Rookie Blue. In between, he even worked several seasons on stage at the Stafford Festival.

Soles looked at the drawing of the little elf with the blond kiss curl and blue eyes. “I was anticipating the arrival at that time of my only child,” says Soles. You infer what a little elf would be like. It wasn’t hard to get that innocence, the shortness – I was never too tall for my age. All of that came out in the Hermey voice.

Still, 57 years later, Soles work on Rudolph is still charming new audiences in network TV broadcasts. He went on to perform dozens of other voices, most notably for the Spider-man cartoon series on Saturday morning television in the late-’60s. 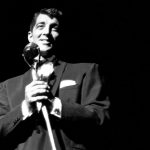 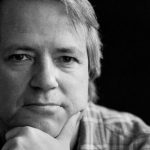