Remember the CBC? The Canadian public broadcaster has coasted along with reruns since around the time the Leafs were eliminated from the Stanley Cup. No network can afford to take the summer off anymore but that’s exactly what CBC did.

With the surprise exit of former programming boss Kirstine Stewart last spring, the CBC has drifted during a quiet interim period. Just this past week, Heather Conway, CBO at the Art Galley of Ontario, was named CBC’s new EVP of English Services.
Maybe she knows how to paint herself out of a corner. She starts in December.
Between now and then, CBC programmers are hoping audiences will come back for old favourites, which is pretty much all they are offering this season.
Audiences did respond Sunday to the return of Battle of the Blades. The two hour, fourth season premiere had to partially contend with the show of the night–AMC’s Breaking Bad. There were other big cable happenings Sunday, including the third season premiere of Homeland, the season finale of Ray Donovan and the final season premiere of  HBO’s Eastbound & Down.
In the U.S., broadcast numbers were down double digits thanks mainly to Walter White. CBS and Fox took big hits with The Amazing Race and The Simpsons, but not so much in Canada. TAR drew its usual 2,377,000 in overnight estimates on CTV, followed by Castle (1,689,000) and The Mentalist (1,751,000). The Simpsons roared back for a 25th season on Global, pulling 1,090,000.
Amid all that clutter, Battle of the Blades still drew 1,004,000–not bad for a show that sat a year on the shelf. The series airs now just once a week, reconfigured similar to how ABC has re-jigged Dancing with the Stars.
CBC invited press to chat with the skaters last Monday down at the Mastercard Centre and I watched Shae-Lynn Bourne and Anson Carter zip around the ice. Carter, who grew up in Scarborough, says the figure skates are a trip, but he’s getting used to them.
Blades‘ solid start gives hope to CBC’s other returning shows this week. CBC ordered extra episodes of Republic of Doyle so the fifth season can premiere in the fall for a change. Allan Hawco and company are back Wednesday with the first of 16 new episodes, extending right up until CBC’s Winter Olympic coverage, which begins in February.
Monday night at 8 marks the return of one of CBC’s few bright spots last season–Murdoch Mysteries. The shot-in-Toronto series was topping 700,000 viewers in reruns this summer, amazing considering it only ever averaged about half that in first run on City. Last spring, in its first new CBC season,  it cracked the million viewer mark every week.
Showrunner Peter Mitchell is excited about his seventh season offerings, which includes a cross-over episode where Murdoch visits St. John’s where he runs into–who else?–the great, great grandfather of Jake Doyle! Murdoch also  tangles with Thomas Edison, gets caught up in a bicycle race (handy, since star Yannick Bisson is an avid cyclist) and investigates the disappearance of a ship magnate’s daughter in Monday’s premiere.
Monday night is also the return of Cracked (9 p.m.). I’ll crack it open in the next post.
Battle of the BladesBreaking BadCBCCrackedMurdoch MysteriesThe Amazing RaceThe SimpsonsUncategorized 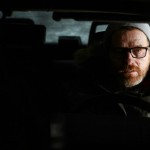 Walter White gets what he deserves–as do fans 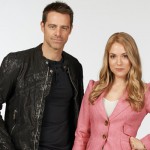