I wondered if any of the Canadian networks would dare use phrases such as “the most coveted new series of the season” to hype their September schedules. After all, thanks to COVID-19, this is a year with a record low number of American rookies to cherry pick. There weren’t even pilots to watch. It’s like saying Elizabeth May is the “most-coveted” member of The Green Party.

CTV, however, has declared the new Chuck Lorre comedy B Positive as “most covetted.” It stars Canadian Thomas Middleditch (Silicon Valley) as a divorced dad who needs a kidney. He meets a rough around the edges woman (Annaleigh Ashford) who may be willing to part with an organ and hilarity ensues. Sara Rue is part of the ensemble.

Because the fall is still a bit of an unpredicable mess, the networks have saved shows they’d normally have shown this spring or summer to fill slots in September. For CTV that means, finally, a second season of JANN. The singer-songwriter returns in eight new episodes.

To make room on their schedule, CTV has for now jammed Station 19 — a very popular show in Canada — out of simulcast at 7 p.m. on Thursdays. The network also plans to announce their new homegrown productions at their virtual “Homefront,” happening Tuesday afternoon. Look for a new season of their hit medical drama Transplant and, perhaps, some sort of Cardinal spinoff.

At Corus, two imported “most coveted” rookies were added to the schedule:

Global also has a new made-in-Canada miniseries called Departure. It’s about an airliner that mysteriously disappears right after take off. Panjabi and the great Christopher Plummer star. Follow this link to the sneak peek.

Global is also sitting on their fourth season of the hit Canadian drama Private Eyes. Normally it would have returned already. The Jason Priestley drama is now scheduled for fall and a fifth season has already been ordered. They’ve also picked up 60 Minutes, a 50-year-old newsmagazine that has bounced arund several nets in Canada but seems a savvy grab now that most of us are watching news like never before.

Citytv also picked up three comedy imports which are being banked for 2021:

New Rogers S&M boss Jordan Banks told reporters Monday that, yes, the deal to carry FX and FXX in Canada runs out this year but he has “every intention” of renewing it. Ratings for the two specialty networks are up 16 per cent and 66 per cent year-to-year. 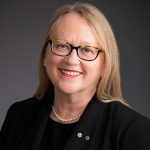 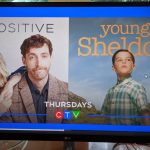